I finally watched I can only imagine. What a fantastic movie (make sure you have plenty of tissues ladies, its a tear jerker)! It got me thinking about forgiveness and redemption. How one plays off the other in our Christian lives.

THE example is Christ; how he purchased us, paid the price for our sins, and redeemed us from a life of bondage to sin. All we have to do is believe He is the Christ – The Son of the Living God and confess with our mouth and POW – We are forgiven and born again! It is such an awesome gift. I wonder how forgiveness and redemption look from person to person. I know we can forgive someone but can we redeem them?

Now don’t get me wrong. I know that we can’t forgive someone else of their sins and pay their debt like Jesus did – I want to make that perfectly clear. No man can do that.

None of them can by any means redeem his brother, nor give to God a ransom for him: Psalms 49:7

But can we forgive someone for something, and then redeem them? First to understand this question, let’s look at the definition of redemption.

Finding its context in the social, legal, and religious customs of the ancient world, the metaphor of redemption includes the ideas of loosing from a bond, setting free from captivity or slavery, buying back something lost or sold, exchanging something in one’s possession for something possessed by another, and ransoming.
From Baker’s Evangelical Dictionary of Biblical Theology

So what can this look like from one person to another? Here is a scenario:

Two friends get in a serious argument. It seems one of the friends (we will call her Sally) promised her friend (we will call her Jane) that she would come to her child’s graduation. Jane and Sally had been friends ever since they met in church and their children were elementary school age. Jane’s daughter was the valedictorian of her class and was giving a speech and her daughter really wanted Sally to be there. Something came up and Sally got sidetracked and forgot to go. Jane’s daughter was crushed and as a result Jane was furious with Sally.
After their big blow out, Jane refused to talk to Sally. She withheld her friendship and her counsel that Sally had depended on for so long. Sally did all she could to regain the friendship; she apologized, she sent flowers, she sent texts and emails all to no avail. Finally, Sally had an idea that she would send her a hand written, heartfelt letter telling Jane what she meant to her and how she missed their talks. This softened Jane’s heart and she called her, they had a long talk, and Jane forgave her.
Today Sally and Jane talk everyday as if nothing ever happened.

Is this story just a story of forgiveness, or is it also of redemption? Personally, I think it’s both. Jane held her and Sally’s friendship hostage. She required a “ransom” to gain it back. Sally paid that ransom with her heartfelt letter and as a result, Jane forgave her. Through that letter, Sally redeemed the friendship. She broke the bonds of bitterness by pouring out her heart. In return, Jane offered forgiveness.

As Christians, we talk all the time about living our lives like Jesus (or at least try really hard). We look at His life and we model ours accordingly. Jesus is our redeemer; He forgave our sins and redeemed us – He broke us from our chains! In a small way, isn’t that what happened with Jane and Sally’s relationship?

If you are withholding forgiveness and a friendship with someone because they did you wrong – you need to fix it. Even if they were wrong; talk about it and get it fixed. We are called to forgive one another as Christ has forgiven us (Ephesians 4:31-32). Redeem the friendship through forgiveness.

Now is the time.

One thought on “Forgiveness & Redemption” 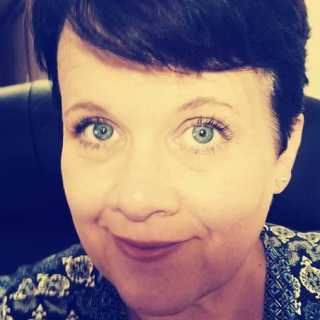